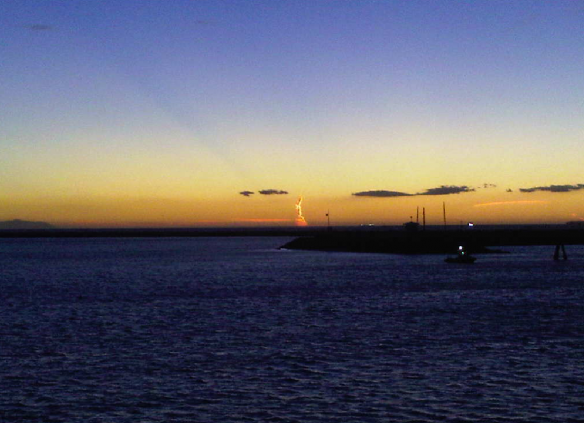 On Monday, a local news helicopter spotted a mysterious contrail off the coast of California. The contrail appeared to run vertically, leading to a lot of speculation whether it was left by a missile. The Pentagon concluded on Wednesday that the contrail was caused by a plane.

Jonathan McDowell, an astronomer who tracks space launches at the Harvard-Smithsonian Center for Astrophysics in Cambridge, Massachusetts, says it was probably an optical illusion caused by a plane. Still, isn’t it rather curious that no one seems to know exactly what it was?