Is this Britans Roswell? Reports of a UFO having crash near a school in a British town started circulating recently and even made the local paper. There were even photos included and a description of the events told. However the newspaper reports went on to reveal it was all a hoax for the local school to provide a a topic for a creative writing day for the children of the School and the jolly local police man even joined in.. http://www.tottenhamjournal.co.uk/news/ufo_crashes_into_north_harringay_primary_school_playground_1_2825363 People were soon posting comments to the news article online and even joking about people taking it for real. So all seems fine and happy but there is an undercurrent going on that is not being reported and people secretly point out errors and false facts in the article, photos and other details.. Initial reports of it having been a real UFO have subsided with talk of people being pressured to change their stories or silenced with threats of loss of income, Benefits, job and home. Reports of 12 inch to 6 inch tall dolls or figures being moved in an ambulance have slowly gone quiet and hushed along with mentions of them having elongated heads. One report which has not been substantiated is that one of the figures had a USA flag on the arm of its clothing. People point out how there are financial cuts going on everywhere in the United Kingdom and no money exists in schools to stage such acts for the children, when jobs, staff and building cuts are taking place. Police officers in the United kingdom are not allowed by law to take part in uniformed in such staged events. A parent is claimed to have built the UFO , staged the crash and pretended to be a forensic officer all in double quick time just to help the children have a creative writing day. People comment of disinformation going on and posted online. Some say the school angle was staged to cover what really landed elsewhere and during all the attention on the school the real event site was cleared. People point out that on a slow news day the reports made the local paper yet strangely regional TV and newspapers were quiet. So just what really did happen what really did crash? People now won't talk or only tow the official line after all Jobs and homes are hard to come by in the United Kingdom right now. We are trying to get the truth out before they bury it for good, they cannot delete the whole internet! 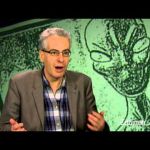 George Noory of Coast to Coast fame was present during the UFO conference hosted at the National Atomic Testing Museum last Saturday, and was quick to put together a short recap of some of the highlights (listen below). One thing that stuck out was former U.K. Ministry of Defence offical Nick Pope’s description on how they dealt with the UFO subject. 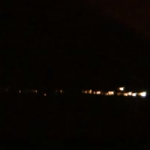 It’s too early to tell, but this may be a actual meteor – that is, a rock burning up – or it may be space debris, a piece of a satellite re-entering. Meteors tend to move quickly, zipping across the sky in a few seconds; they are moving at 20 – 50 kilometers per second and sometimes more. 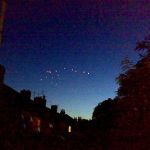 An orange, luminous UFO was seen floating over Hampstead Heath in London, UK on September 9, 2012 at around 20-21:00. According to the eyewitness, the UFO could be seen for 20 minutes, and during this time it suddenly disappeared only to reappear and multiply to six balls. 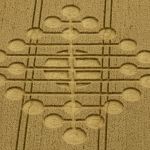 The crop circle season is coming to an end, but there are still some quite nice ones out there. This one was spotted on August 9, 2012, near Winchester, Hampshire.

Air traffic control says UFOs in UK ‘around one a month’ 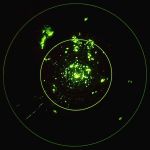 The BBC reports: Head of UK Air Traffic Control Richard Deakin is responsible for making sure over 6,000 flights move safely through the airspace every day. During an interview with the Today programme’s Simon Jack, he was pressed about whether his staff encounter unidentified flying objects.