Curiosity stumbles upon another metallic-looking, shiny object on Mars

On its 173rd day on Mars, Curiosity stumbled upon a metallic-looking, shiny protuberance on a rock. The protuberance seems different than the rock on which it sits and looks pretty smooth. It is, however, quite small — probably not taller than 0.5 cm.

While it looks cool, metallic and rather out of place, the shiny object is probably nothing more than a material more resistant to erosion than the rest of the rock.

Take pyrite, for example, commonly known as fool’s gold, which can look outright unreal in its crystallized form.

For example, these cubic pyrite crystals were dug up in Spain: 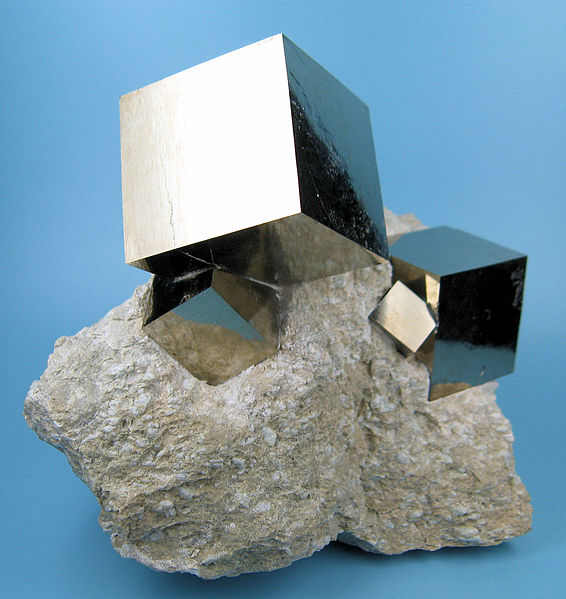 So, basically, whatever Curiosity has found might be interesting from a geological standpoint, but there is nothing to indicate any involvement of some kind of intelligence.