A reader alerted UFOEyes to the fact that on Sol 50 (Curiosity’s 50th day on Mars), a mysterious shadow appeared on one of the images sent back to Earth by the rover. 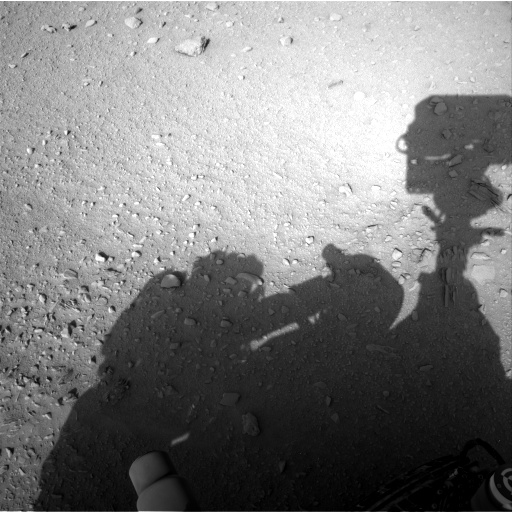 At first glance, it sure looks like Curiosity is being cleaned and/or repaired by a backpack wearing humanoid clad in protective goggles. You can even see a hint of hair being ruffled by the chilly Martian dust winds.

Think about it — what a glorious slip-up of epic proportions it would have been if we really were looking at the shadow of someone cleaning the rover on Mars. Or in the Arizona desert.

The explanation to the mysterious cleaner can be found on a photo from Sol 53. 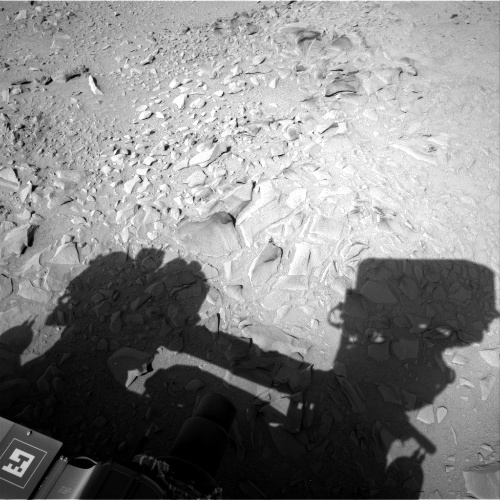 Looking at this image, it becomes clear that the shadow is simply cast by Curiosity itself. Maybe even by its cannon? 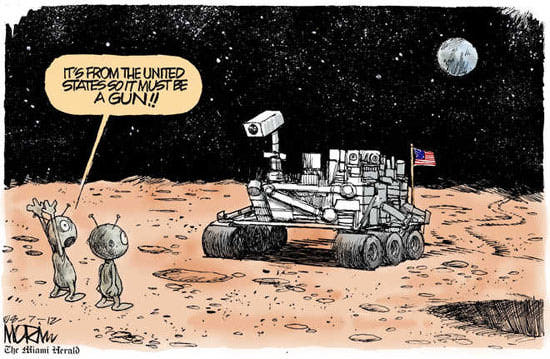 UFO on recent Curiosity photo probably a speck of dust