Do you know the story behind our modern day crop circles? In brief, two old British codgers (Doug Bower and Dave Chorley) stepped forward at the end of the 1991 crop circle season to claim that they had not only been hoaxing circles for years, but actually created the entire phenomenon in 1978.

Now, Greg Jefferys, a 59 year old Australian historian from Hobart, Tasmania, says there’s way more to crop circles that than most would be led to believe. He’s been using Google Earth’s new 1945 overlay — images of places taken 68 years ago — to search for old crop circles around small town of Stourbridge, UK.

His discovery? Crop circles, or at least crop circle looking patterns, that appeared long before Doug and Dave got their act together. 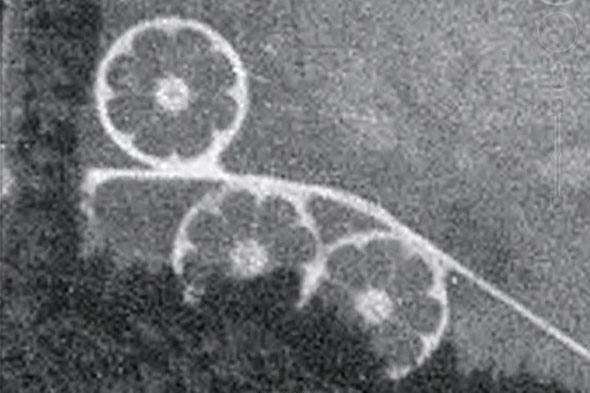 Mr Jefferys is quoted as saying:

This discovery proves that claims by various artists to be the sole creators of crop circles are themselves a hoax. It just goes to show that the circles remain unexplained.

I hope this discovery will stimulate renewed interest in crop circles by serious scientific researchers who have been fooled by the hoax claims.

But are we really looking at crop circles in the modern sense of the word here? In the summer of 1945, the war had just ended, and at least one “crop circle” in the pictures below look like it could have been caused by a bomb detonation.

Either way, Greg Jefferys has an interesting hypothesis going, though one I’m sure Doug and Dave would happily dismiss.

You can read more about Mr Jefferys discoveries over at the Birmingham Mail. 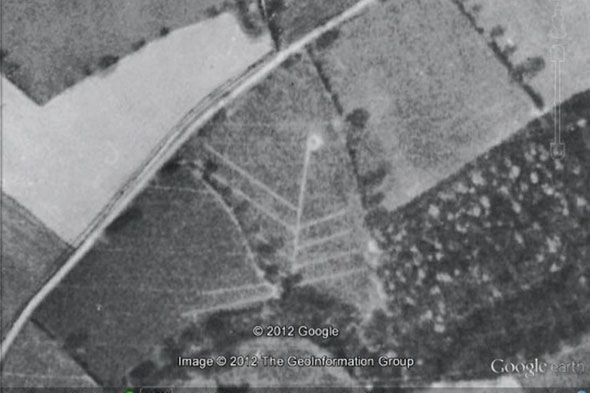 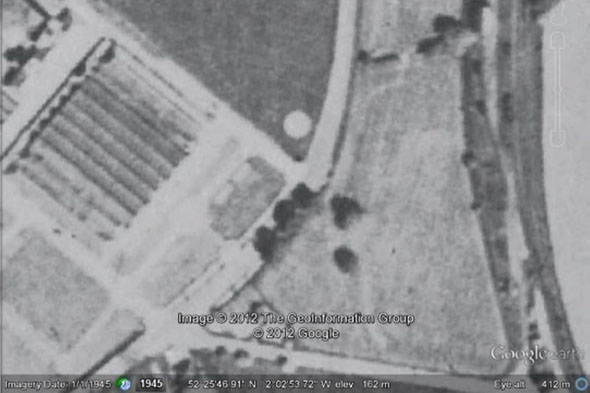 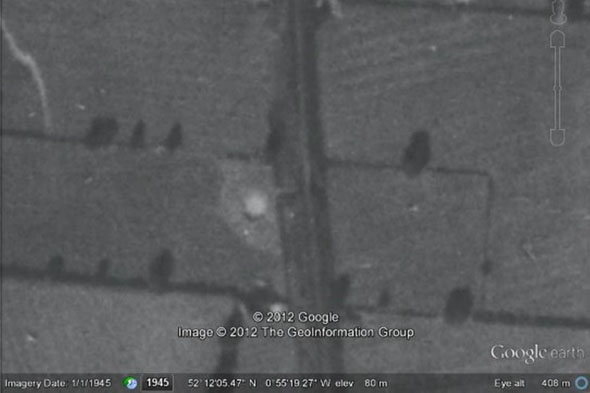 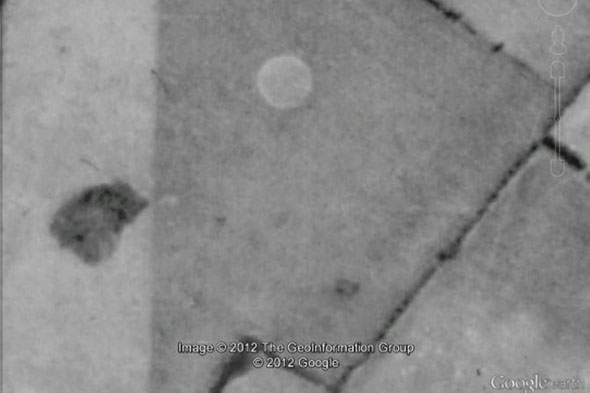 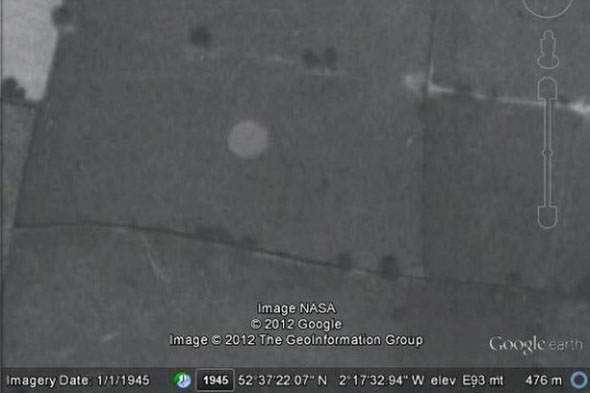