Did NASA photograph a triangle-shaped UFO on the Apollo 17 mission to the moon? 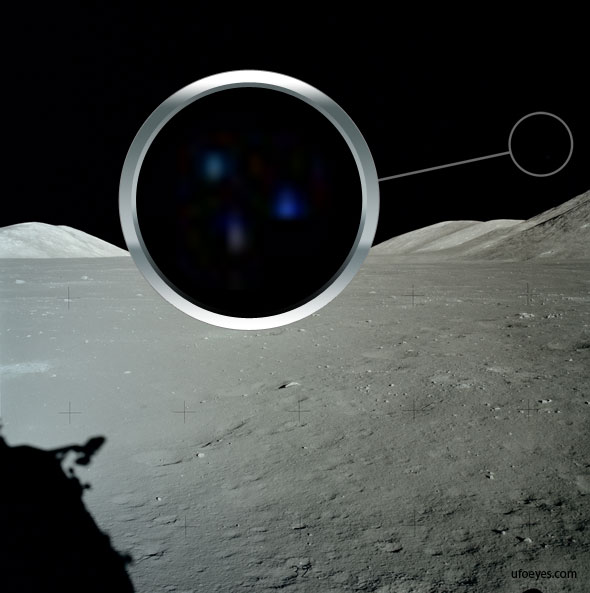 Apollo 17 was the final mission of the US Apollo lunar landing program, and was the sixth landing of humans on the moon. Launched at 12:33 a.m. Eastern Standard Time (EST) on December 7, 1972, with a three-member crew consisting of Commander Eugene Cernan, Command Module Pilot Ronald Evans, and Lunar Module Pilot Harrison Schmitt, Apollo 17 remains the most recent manned moon landing and the most recent crewed flight beyond low Earth orbit.

The above photograph — AS17-147-22470 — was taken by the Apollo crew during their time on the moon. To the far right, there are three faint lights in a triangle formation that seem to be located out in space. They are not stars, as the dim light of the stars simply does not have a chance to expose the film during moon photography. If not a UFO, my best guess would be that we’re looking at a reflection in the window of the lunar module.

It’s only the moon getting in the way again