Two UFOs were allegedly captured on film by a pilot as he flew over Tungurahua volcano in Ecuador in late August 2012. While the footage is rather jerky and blurry, it sure looks like there are a pair of flying discs going through the clouds.

However, what is less reported in the coverage on this sighting, is that Tungurahua volcano showed increased volcanic activity in mid-August, which culminated in an eruption of ash and molten rock. It remains unclear if this has any connection to the sighting (besides the point that the pilot probably was in the air monitoring volcanic activity). 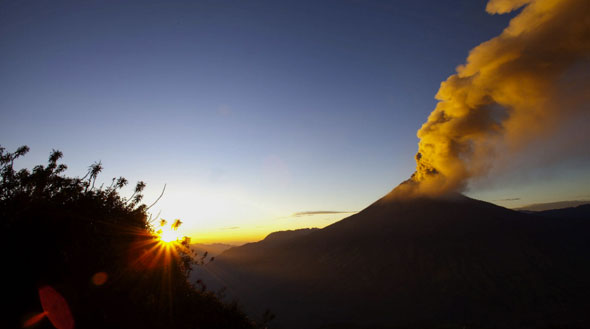 Smoke rises from the Tungurahua volcano in Huambalo, Ecuador, on August 21, 2012. 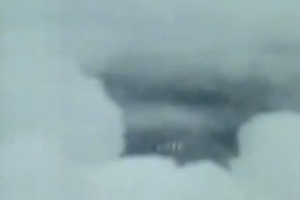