WikiLeaks and the UFO movement 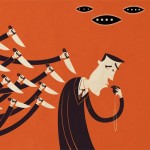 Whistleblower organization WikiLeaks is seeing a lot of media coverage lately, as Swedish prosecutors seek to detain spokes person Julian Assange for questioning in an alleged sexual abuse case. Regardless of the outcome of the impending questioning or trial, WikiLeaks remains an important organization that might prove tremendously valuable to the UFO movement.

Today, WikiLeaks announced a big release on their Twitter account, saying it will be seven times bigger than the Iraq war logs – that’s about 2.8 million documents. Two hours later they followed up with a bold statement:

“The coming months will see a new world, where global history is redefined.”

WikiLeaks’s slogan is “We open governments”, and I know that many ufologists and UFO researchers believe that the world’s governments — and the US government in particular — are in possession of indisputable proof of extraterrestrial contact.

Loading ...
If this is the case, one might argue that there is a real possibility of someone approaching WikiLeaks with documents or other materials that would forever settle the question about whether we are alone in the universe.

So the burning question is — if there is a massive UFO conspiracy, can we expect whistleblower organizations like WikiLeaks to receive leaked UFO documents and present them to the world?

The newly announced release is not likely about UFOs, but it’s good to see a widening flow of information. Who knows, one day we might be presented with something extraordinary.

“Somewhere, something incredible is waiting to be known.”

Assange gives information about UFOs in the WikiLeaks cables

What to expect — the WikiLeaks UFO cables