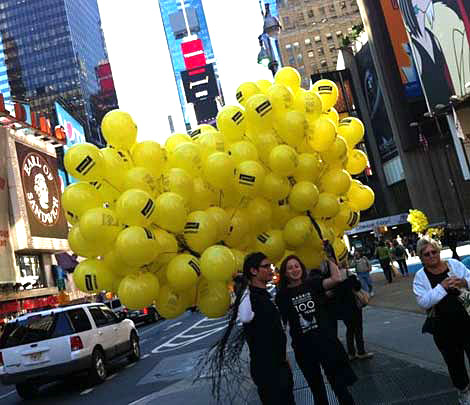 Spanish newspaper El Mundo has an article about what happened in New York on October 13, 2010—their take on the story is that the reported UFOs were balloons from a Times Square event promoting Spanish tourism. And I must say, the yellow balloons depicted above do have a striking resemblance to the objects that appear in the different videos and photos of the phenomenon. Still, without any high resolution pictures it’s impossible to say if this is the true explanation or not.