Recently, there has been quite a lot of talk about an old photo that was taken on the shuttle Columbia in January 1986. The photo in question — STS61C-31-002 in NASA’s archives — depicts a triangular object gliding past the shuttle in the Earth’s upper atmosphere.

NASA’s description of the photo is that it’s simply “a small piece of thermal insulation tile [that] floats in space near the Shuttle Columbia. The cloudy surface of the earth is used as a background.” 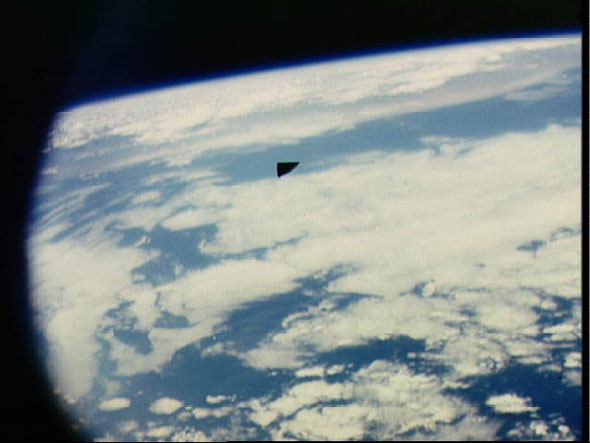 Space debris, also known as orbital debris, space junk, and space waste, is the collection of defunct objects in orbit around Earth. This includes everything from spent rocket stages, old satellites, fragments from disintegration, erosion, and collisions. 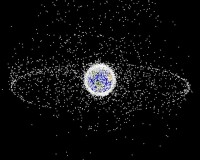 That’s a lot of junk, and some of it are bound to turn up on photos taken from space.

For a trained astronaut or space engineer, looking at photos like the one above may be nothing more than looking at some part of their equipment floating through space. For the rest of us, well, it might get our imagination going.

Yesterday, I received an email from a reader — Chris MacDonald — who has been searching through official NASA images for anomalies. Attached were a bunch of photos downloaded directly from NASA’s website. What they have in common is that they all have something strange in them if you look closely.

Without further ado, here are the images: 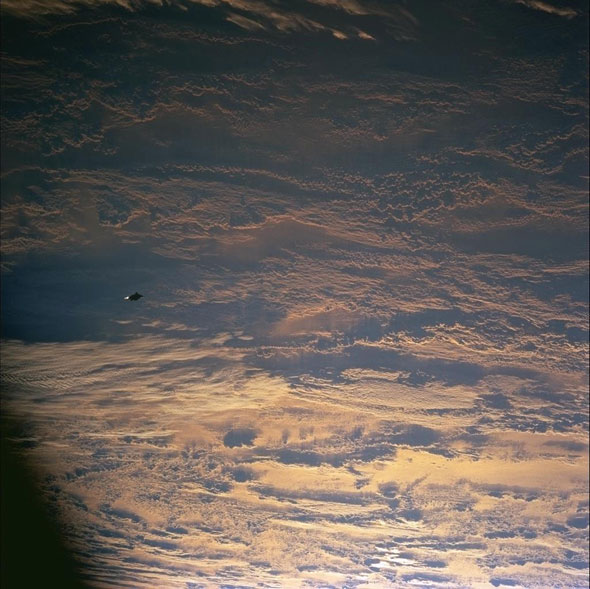 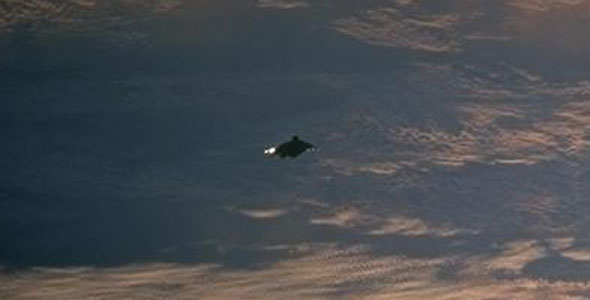 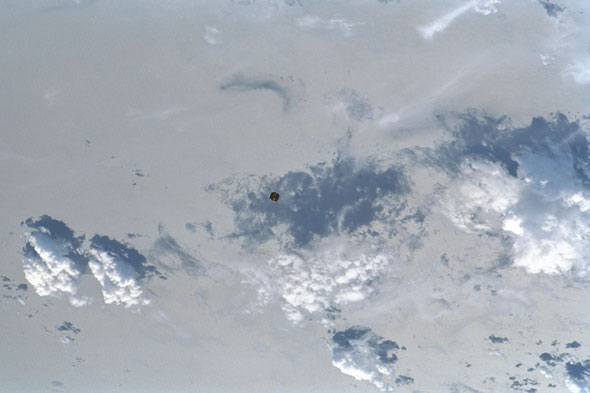 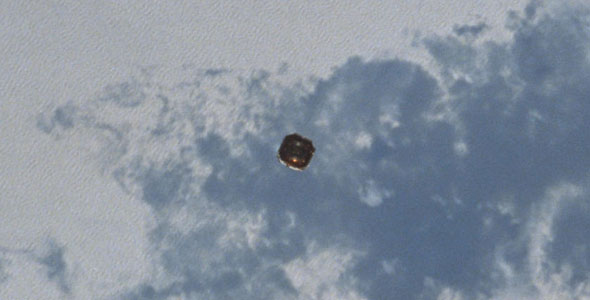 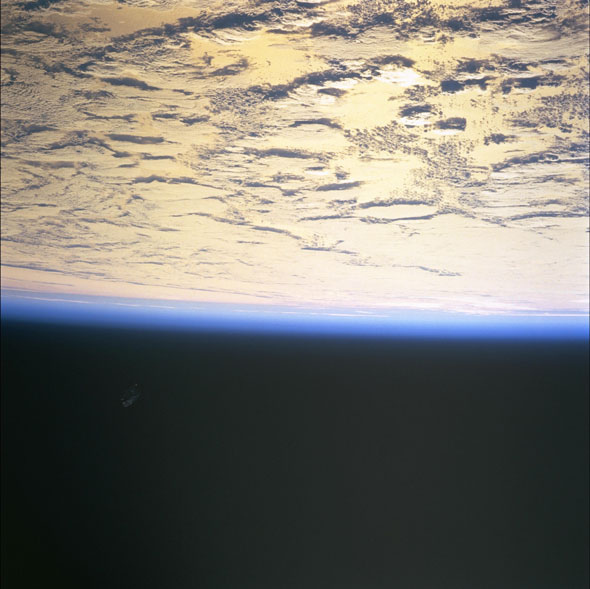 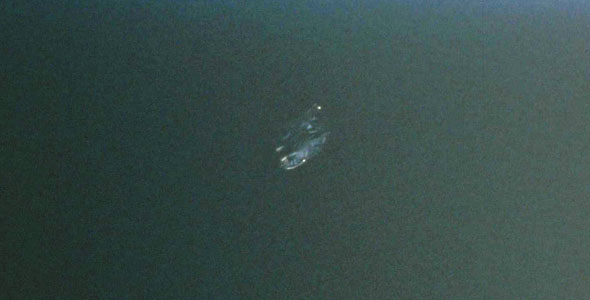 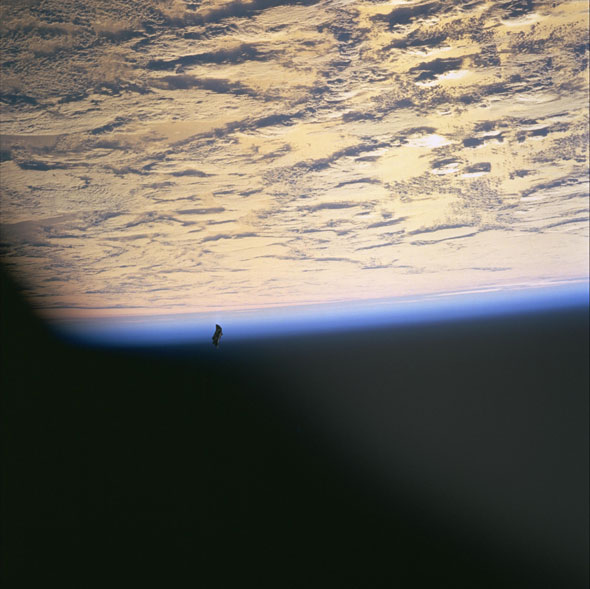 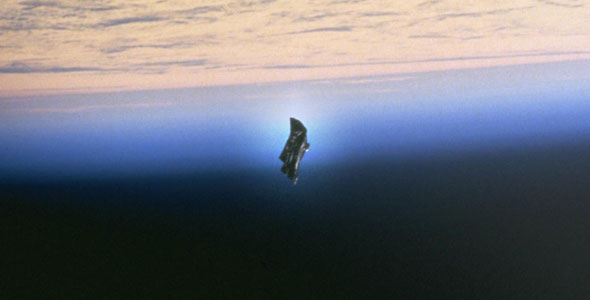 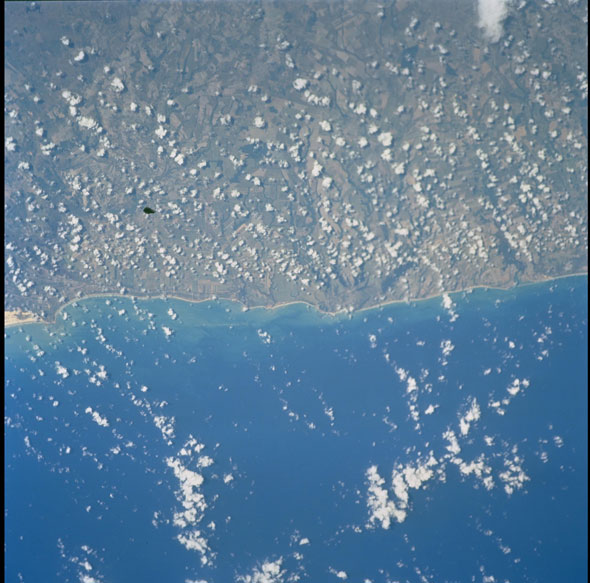 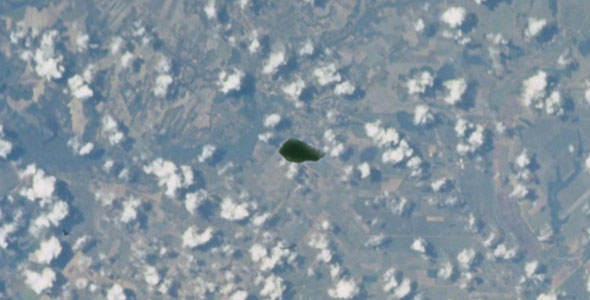 Space debris or something else? NASA says they’re 100% sure its nothing more than defunct satellites and the like, but there are many (lay people admittedly) who are not so sure.

What do you guys think?