Mission to find the Swedish ghost rockets has begun

Update September 2, 2012. Typical. Team member Mikael Karlsson gives us an update on some unfortunate developments in the search for the ghost rocket:

Bad news. The bottom of the lake has a layer of mud several meters thick, which our equipment can’t see through. We need other types of equipment to be able to find metal objects and other solid objects. That means we have to come back at another time… Hopefully we will have the funds to be able to continue the search next year. 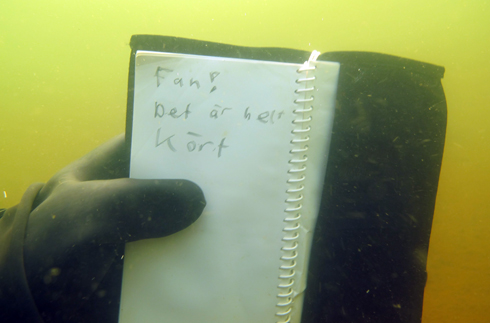 So that’s that. The ghost rocket mystery lives on, unsolved.

Update August 31, 2012. The team’s divers have now surveyed the lake and found it to be only 3 to 5 meters deep (10 to 16.5 feet). During today’s scan they covered most of the lake and found at least one interesting item that they will check out during tomorrow’s dive. 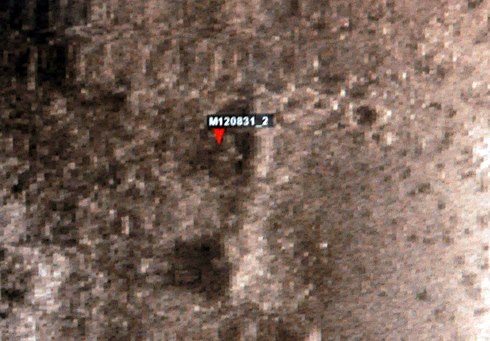 This is a short video of lake Nammajaure, where the team is currently doing their investigation. 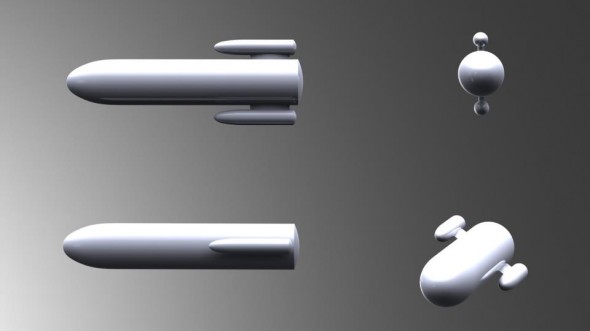 Rendering of the supposed ghost rocket that landed in the Swedish lake. By Simon Josefsson.

A research team set off for northern Sweden on Thursday to get to the bottom a “Ghost Rocket” sighting from 1980 that has been labelled as “the biggest UFO mystery in the world” and which the Swedish military kept classified for years.

A few weeks ago, UFOEyes reported on the Swedish UFO organization’s investigation into the Scandinavian ghost rockets. Today, their mission began.

Since 1946, nearly 20,000 unidentified objects have been reported by eye witnesses in the skies over Sweden. More than 1,000 were sighted during 1946, the year of the ghost rockets. The ghost rockets got their name from being described as elongated, rocket like, metallic objects with or without wings.

On August 29, the team left for the national park of Muddus in the very north of Sweden, where their dive team will search the local lake for traces of the ghost rockets.

Dr. David Clarke, a close friend of the head of UFO Sweden — Clas Svahn — gives a short description of the witness statement that brought the UFO Sweden team to this particular lake in the north of Sweden:

At noon on 31 July 1980, a couple holidaying by a lake in northern Sweden had their attention drawn to a noise in the sky. Looking up they saw a steel grey, elongated cigar shaped object with protrusions on its sides. The rocket-like object descended, turned and landed on the water at the far end of the lake.

”We took the binoculars and looked at the object that was sitting on the water but soon it started to sink with bubbles coming from it”, said Bo Berg, one of the witnesses. The sighting has puzzled the Swedish military and the country’s UFO researchers for decades.

Here’s to hoping they’ll find something amazing. Or at least something that might hint at an event out of the ordinary.

We may find alien life within 40 years, Queen’s astronomer says

Researchers try to unravel the mystery of the Swedish ghost rockets

We need self-replicating, autonomous robots if we are to find extraterrestrial life