Researchers try to unravel the mystery of the Swedish ghost rockets

Update July 8, 2012. UFO Sweden has published a teaser for the Ghost Rockets documentary. Video below.

Update June 26, 2012. The ghost rocket team is currently preparing their mission to the lake — lifting a camera crew and lots of diving equipment by helicopter into the Swedish wilderness requires some planning. All is not quiet though, as Clas Svahn recently commented on the fact that there might have been earlier dives at the location:

Well, yes. This is something we can not rule out. But I do not think that any civilian has done that. If the object has been removed I would suspect that the owners has done that. But we have no indications that something like that has happened.

At this point though, no dates have been set for the dives. 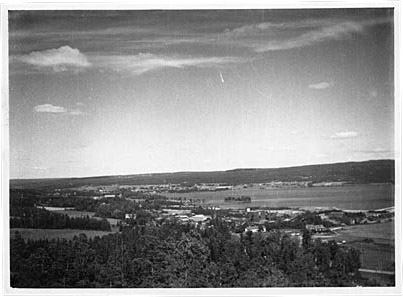 “It landed. It did not crash.”

This chilling statement was made by one witness of what has since been labeled “the Swedish ghost rockets”. For the last 65 years people have been seeing strange objects crashing and landing in lakes over Sweden, and oftentimes the objects have been described as rockets or missiles.

The first report of ghost rockets were made on February 26, 1946, by Finnish observers. Between May and December 1946, about 2,000 sightings were reported throughout the north of Scandinavia. Of those 2,000 sightings, about 200 were verified with radar returns.

Investigations concluded that many ghost rocket sightings were probably caused by meteors. For example, the peaks of the sightings, on the 9th and 11th of August 1946, also fall within the peak of the annual Perseid meteor shower. However, most ghost rocket sightings did not occur during meteor shower activity, and furthermore displayed characteristics inconsistent with meteors, such as reported maneuverability. 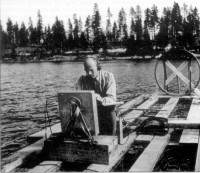 Early on, the Swedish Air Force conducted investigations into the matter as the sightings were thought to be of Russian or German missile tests. This theory was rejected, however, as no rockets fragments were ever found. Furthermore, the objects usually left no exhaust trail, some moved too slowly and usually flew horizontally, they sometimes traveled and maneuvered in formation, and they were usually silent.

At one point, the U.S. military got involved, and a top secret USAFE (United States Air Force Europe) document from November 4, 1948, indicates that at least some investigators believed the ghost rockets and later “flying saucers” had extraterrestrial origins. Declassified only in 1997, the document states:

When officers of this Directorate recently visited the Swedish Air Intelligence Service, this question was put to the Swedes. Their answer was that some reliable and fully technically qualified people have reached the conclusion that ‘these phenomena are obviously the result of a high technical skill which cannot be credited to any presently known culture on earth’.

They are therefore assuming that these objects originate from some previously unknown or unidentified technology, possibly outside the earth.

The document continues (my emphasis):

One of these objects was observed by a Swedish technical expert near his home on the edge of a lake. The object crashed or landed in the lake and he carefully noted its azimuth from his point of observation.

Swedish intelligence was sufficiently confident in his observation that a naval salvage team was sent to the lake. Operations were underway during the visit of USAFE officers. Divers had discovered a previously uncharted crater on the floor of the lake. No further information is available, but we have been promised knowledge of the results.

In their opinion, the observation was reliable, and they believe that the depression on the floor of the lake, which did not appear on current hydrographic charts, was in fact caused by a flying saucer.

Now, the mystery of the ghost rockets are brought into the spotlight again.

The head of UFO Sweden, Clas Svahn, and his team are setting out on an expedition to investigate the latest of these sightings. Funded in part by the European Regional Development Fund, the team is traveling to a lake in the north of Sweden to investigate one of the latest ghost rockets sightings. To their aid they have a professional diving team and two witnesses who have observed ghost rockets landing/crashing into the lake.

Just yesterday (June 20, 2012) they got permission from the city council of Luleå to bring a helicopter carrying their equipment into the nature reserve where the lake is located. (They had to get permission from five separate Sami chiefs representing the indigenous people of northern Scandinavia.)

Later this summer they will head out on their expedition and UFOEyes will keep you updated with new developments in the same manner as with the Baltic Sea UFO/USO. At this point, more basic information can be found on the project’s website and Facebook page.

See here for a five part interview with Clas Svahn where he speaks about the ghost rockets, among other things.

Mission to find the Swedish ghost rockets has begun