Lately there’s been a lot of buzz about two UFO videos from Turkey. The videos are shot during sunset and sunrise at different dates, March 23, 2010 and November 19, 2010 respectively. As far as I can tell they are both shot from roughly the same location — small town of Mahmutlar, just south of popular tourist destination Alanya, Turkey.

I do not believe the objects in the videos to be UFOs. I believe they can be identified as planet Venus. Why? I’ll show you. Let’s start with the video from March 23, 2010.

As per the timestamp in the video, it was filmed at around 18:20 in the evening on March 23, 2010. I am going to use this information with Stellarium — a planetarium software that shows exactly what you would see if you looked up at the sky at a specific time and location. 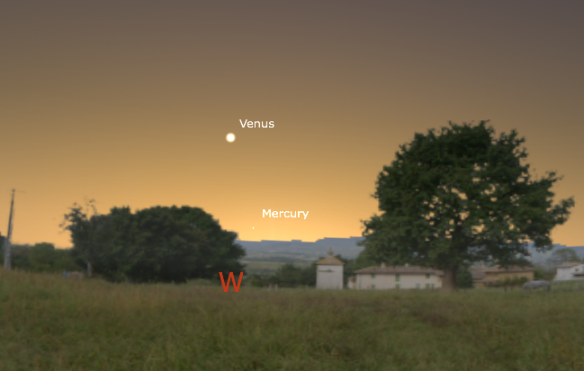 We know that the person behind the camera is turned towards the west, as the video clearly shows where the sun has recently set. Look at the picture above and compare it to the footage. The person filming is zooming in on Venus, not a UFO.

Again, we know exactly when it was filmed because of the timestamp in the video. Now look at Stellarium’s view of the sky at the exact same time: 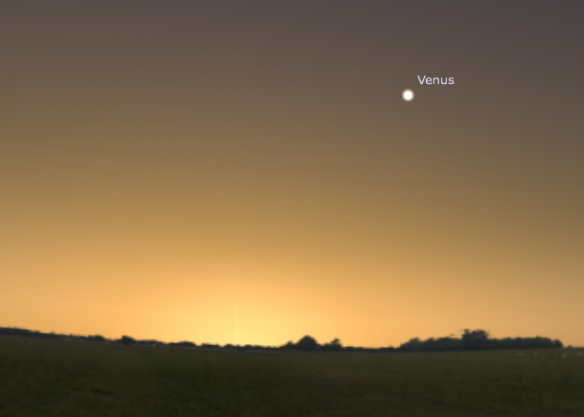 The person filming is clearly turned towards the east and the rising sun in this video, and what do we have there? Venus.

Venus is mistaken for a UFO more than any other celestial object. This is what the Wikipedia article about Venus has to say on the matter:

As the brightest point-like object in the sky, Venus is a commonly misreported “unidentified flying object”. U.S. President Jimmy Carter reported having seen a UFO in 1969, which later analysis suggested was probably the planet. Countless other people have mistaken Venus for something more exotic.

If you want to check stuff like this yourself I can really recommend Stellarium. It’s free and works on Windows, Mac OS X and Linux.

The Venus transit and hunting for alien worlds