On the morning of March 1, 2013, Reddit user funnymanisi – moderator of the UFO subreddit – received an interesting photo that his sister-in-law had snapped the day before, on February 28. 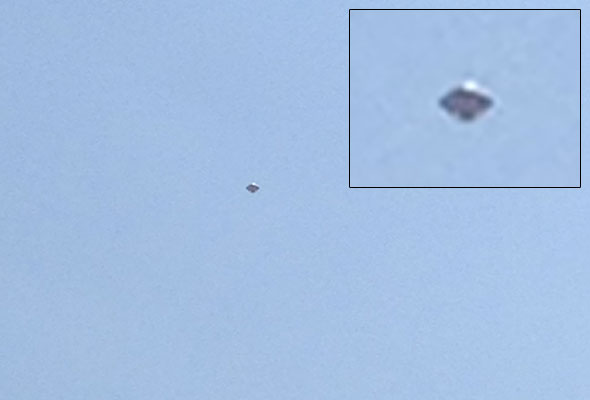 The silvery object was reportedly seen flying over the city at around 11am on February 28, 2013. Incidentally, several red orbs were seen hovering over parts of the city the night before, however any connection between these two events are mere speculation at this point.

Some believe the object to be nothing more than a silver colored helium balloon. Others raise the possibility that it could be a drone used for border patrolling.

White and red UFOs captured over Mexico City on January 10, 2013