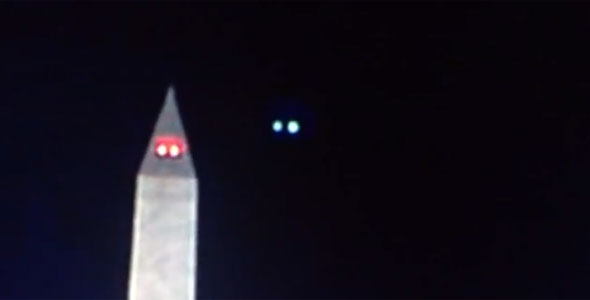 The second inauguration of Barack Obama as the 44th President of the United States took place in a private swearing-in ceremony on Sunday, January 20, 2013 in the Blue Room of the White House. In the FOX News live coverage of the occasion, two strange lights appear seemingly out of nowhere next to the Washington monument to quickly fade out in a rather peculiar manner. A reflection of some kind? Car lights maybe? You tell me.

Four years ago, back in 2009, CNN caught a UFO during their live coverage of Obama’s first inauguration. Sadly, the origin of that one can probably be found in the bird family.