It’s October 27, 1954. A reserve game between ACF Fiorentina and nearby rivals Pistoiese is under way at the Stadio Artemio Franchi in Florence, Italy.

A crowd of around 10,000 has gathered to watch. Among them is Gigi Boni (second left in the picture) a lifelong Fiorentina fan who in later years would become the co-ordinator of the club’s supporters group.

Now in his eighties Boni still has vivid memories of watching in disbelief as UFOs hovered above the stadium. 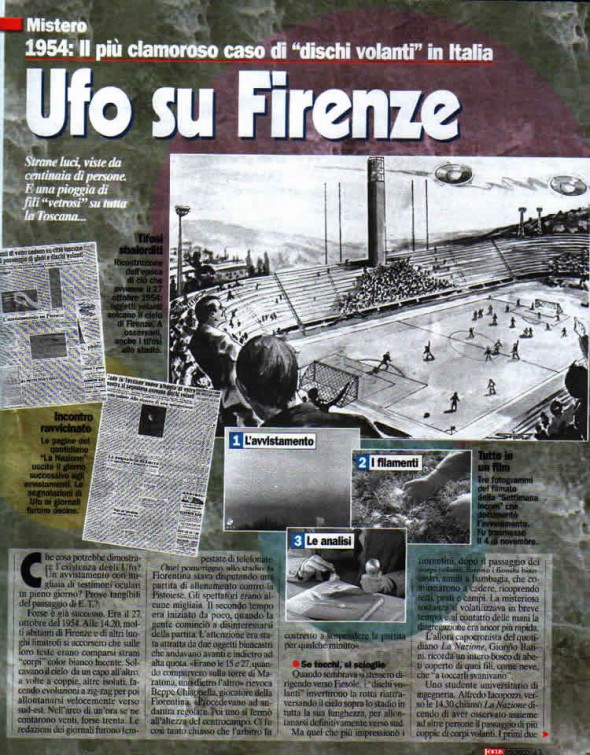 “I remember clearly seeing this incredible sight. They were moving very fast and then they just stopped. It all lasted a couple of minutes. I would like to describe them as being like Cuban cigars. They just reminded me of Cuban cigars, in the way they looked.”

The stadium fell silent as the players and fans stood transfixed, staring at these strange objects in the crisp blue autumn sky.

Read the rest of the article over at BBC Sport →

UFO or ship off the coast of Taranto, Italy?