WikiLeaks and UFOs: the story that won’t die 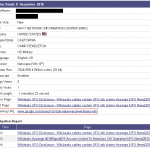 So, this is pretty interesting. Website UFO-Blogger.com recently published an article about some unexpected visitors turning up in their logs, seemingly indicating that the U.S. Navy is searching the web for a certain Bob Dean in relation to WikiLeaks and UFOs.

Not surprisingly, the conclusion drawn is that WikiLeaks is sitting on “Cosmic Top Secret Files” and that the Navy Network Information Center is crawling the web in desperation for any clues on the impending disclosure of top secret UFO files.

And as you can see in the image above, they’re using state of the art web browser Netscape while doing it!

Has UFOEYES seen any similar activity? I’m not sure, but I can tell you that a lot of people are searching the web for information about WikiLeaks and UFOs at the moment.

But back to the story — who is Bob Dean and why is he interesting? 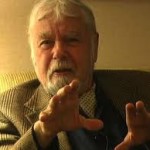 Robert Dean, also known as Bob Dean, is a retired Command Sergeant Major in the U.S. Army who became famous in UFO circles after he claimed to have viewed top secret UFO documents detailing alien activity here on Earth.

In 1964, Dean was given access to a copy of a document called An Assessment: An Evaluation of a Possible Threat to Allied Forces in Europe. He claims this document was a comprehensive secret NATO report on UFOs. It is said to have been written following an incident on February 2, 1961, when a formation of approximately 50 UFOs flew at high altitudes over parts of Europe.

The document concluded that there were 4 different extraterrestrial civilizations visiting Earth. Dean, however, says they’re at least 12.

Heavy stuff, no doubt. Is this the kind of information the U.S. military fear WikiLeaks will reveal? Who knows. Maybe the UFO-Blogger logs indicate nothing more than the fact that bored military personnel with an interest in obscure UFO history surf the web during work hours. Everything is speculation at this point.

What do you think? Are we seeing more and more evidence in favor of a brilliant UFO disclosure or is everyone just grasping at straws?

Assange gives information about UFOs in the WikiLeaks cables