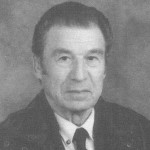 Remember Stanley A. Fulham? In his book Challenges of Change, he predicted that we would see a UFO show of enormous proportions on October 13, 2010. And as you may remember, on that very day New York was buzzing with UFO sightings, which even the mainstream media couldn’t ignore.

The UFOs in New York were identified as yellow balloons, but this didn’t stop some people from claiming that Mr. Fulham was nothing but spot on in his prediction. Well, he’s at it again.

This time it’s a major UFO display over Moscow between the end of the first part of January 2011 and the second week of January 2011. Seven days later the UFOs will appear over London. We will see a dramatic introduction to the alien reality, with extraterrestrials making an appearance in the U.N.

Color me skeptical. While I would love to see UFOs rush down through our atmosphere as much as the next guy, I’m not holding my breath on this one (not even a little bit).

You can read more about the prediction at the Fulham website.

Local artist behind the UFOs over American Fork, Utah?