Voyager 1 is about to leave the solar system

Voyager 1 will leave the solar system in the next few years, reports BBC News. The probe was launched on September 5, 1977, so it has been out there for over 33 years. Its original mission, which was completed already in 1989, was to survey the outer planets Jupiter, Saturn, Uranus and Neptune. 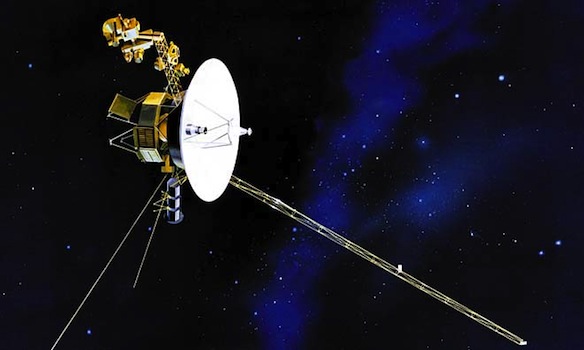 It has since then been making its way into deep space, and it’s still sending data from its onboard instruments. Edward Stone, the Voyager project scientist, told BBC News:

When Voyager was launched, the space age itself was only 20 years old, so there was no basis to know that spacecraft could last so long.

The data takes 16 hours to reach Earth, but it’s still coming in. I find that utterly fascinating and amazing.

Voyager 1 is now registering the solar wind as moving sideways instead of outward, indicating that the craft is soon to leave the solar system behind. Once that happens, Voyager 1 will be in interstellar space. And it only took it 33 years moving at a speed of roughly 17km/s.

I wonder if it has met any probes coming from the other direction?

The weird and absolutely amazing sounds of the solar system

Amazing photos of the 2012 solar eclipse

Amazing footage of Saturn from NASA’s Cassini and Voyager missions