12/29/2012 @ 2245 Over Jupiter FL. I said to my wife ,Is that a plane? its flying low and fast. Then a hugh trailing flame appeared and the object went into hyper speed and it was gone. This was not the typical shooting star, living near the Ocean I have seen plenty of those in the night sky. Time cannot be exact but I would say 5 seconds from start to finish. the shooting stars I've seen had a downward deflection this was more horizontal until it was gone. 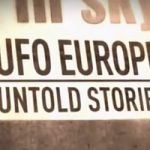 Locals spot an object above a Portuguese town, military personnel see a series of UFOs in the sky, a craft emits strange lights across a village. 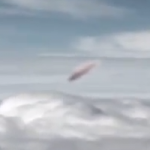 In this episode: A pilot reports a hovering object 10,000 metres above Paris, a headmaster in Portugal glimpses a strange disc and a driver sees an intense light.

UFO captured by passanger on a plane from Hong Kong 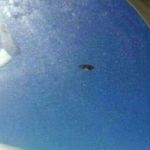 A passenger on a plane from Hong Kong to southwest China's Kunming city claims to have photographed a 'UFO like flying object' outside the window of the plane. Larry Siu said the picture was taken by a friend of his on the flight last Friday. "He said many passengers saw it and took pictures". 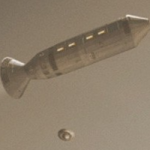 A new documentary series from NatGeo. A pilot glimpses a flying saucer, hundreds of UFOs are captured on film in Norway, and the UK’s first criminal investigation into a UFO assault. A cyclist sees glowing UFOs in the sky, two US soldiers discover a landed craft, and strange files describing a UFO sighting in Venice from 1936.

I was in the bathroom and as it was in the night noticed it was unusually lit up. I looked out the glazed glass. Usual outdoor house lights. But there was a huge long kind of oval bright white light not moving up above the houses, not the usual direction of the moon nor the right shape. There was no sound and it was too big to be a police helicopter. I checked twice to make sure it wasnt an odd reflection. I didnt have a light on upstairs, just a yellow halogen heater so it wasnt reflection. I am a ufo skeptic so was thinking more in the lines of natural celestial occurrence. So went into adjacent bedroom to get a better view through clear glass but there was nothing there. I am starting to believe in ufos now as i cant explain it, never seen anything like that in my life! Was v surprised when found no other news about it in my area though it was in the night. Strange!

At. About 21:10 my boyfriend saw a round, orange object, which went directly over him and he says as it went over he could see lights all around it and it made no noise, he then called me to come out and I saw it for a few seconds before it just vanished. Looking around, I then saw another orange orb approaching from the Westville side, it made no sound and looked like a star, we watched this one for a few minutes before it started blinking and then dissapeared over Kloof.