The Bendigo Advertiser reports a UFO sighting over Woodvale, Australia. Colin Davis, a retired camera operator, witnessed an orb-like UFO on January 8, 2011 between midnight and 5 am. He took several photos of the object and says the experience turned him from a sceptic into a believer.

He continues to explain that the object couldn’t have been be a star, as it didn’t follow the same path as other celestial objects. When the sun came up, it hovered in the same position as before, while remaining very bright. But if it wasn’t a known celestial object, then what was it?

Mr. Davis compares the object to what was spotted by NASA satellite cameras during the space tether experiment in 2007. The NASA STS-75 mission ran a trial experimental tether that was to be used for towing and placing satellites into orbit. They encountered a problem during the experiment, and the 25 km long tether snapped.

The space shuttle cameras monitored the experiment live and the footage revealed some strange objects floating around the tether, as can be seen in the below video.

Mr. Davis compared his images with the NASA footage and reached the conclusion that he had photographed the same kind of UFO as the one in the NASA video. 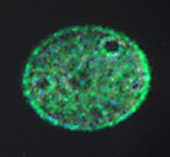 Now, as I always do, I fired up my planetarium software (Stellarium) to check if any bright stars or planets were visible at the time of the UFO sighting. This is a picture of the night sky over Woodvale, Australia at the time of Mr. Davis’s sighting: 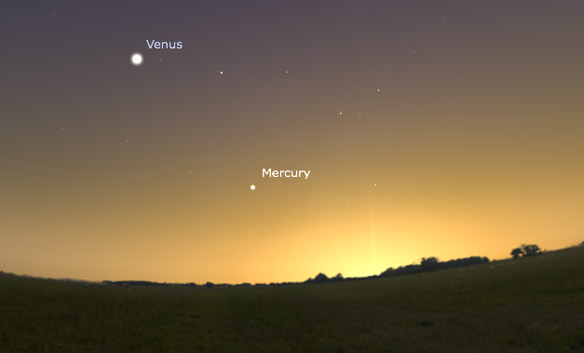 Compare the above image with this photo that Mr. Davis snapped during his sighting:

Venus is mistaken for a UFO more often than any other celestial object, and judging by what was visible in the night sky at the time of Mr. Davis’s sighting, I’m inclined to believe that we’re seeing that misidentification here as well.

Amazing footage of Saturn from NASA’s Cassini and Voyager missions

Leave a reply to Turn of the screw