The UN alien ambassador that wasn’t 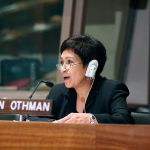 On September 26, 2010, English newspaper The Sunday Times published an article under the title If Mars attacks, she’s our leader, telling the story about how Malaysian astrophysicist Mazlan Othman was to be appointed First Ambassador for alien contact by the United Nations. Several media outlets and blogs reported on [...] 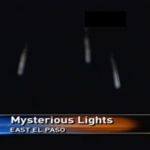 On Friday October 15, 2010 there were reports of mysterious lights in the night sky above El Paso, Texas. A solitary light was seen falling from the sky and suddenly breaking up into three different lights that seemed to hover in the air. After a while a fourth light appeared [...]

Are we alone? Statistically, not likely. 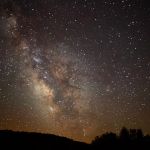 Our galaxy—the Milky Way—contains an estimated 100-400 billion stars. Astronomers at the South Pole Telescope have now found an enormous galaxy cluster with hundreds of ancient galaxies that are thought to harbour around 800 trillion stars, making it one of the most massive clusters ever found. Read more in the press release [...]

Why we should question mainstream media 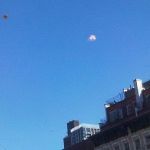 The Bad Astronomy blog has a great article about Fox News’ coverage of the UFO/balloon sightings in New York that took place on October 13, 2010. According to the article, the reporter spent considerable time talking about a strange light in the sky that was actually planet Jupiter itself. A small [...] 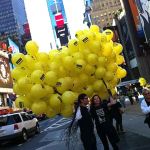 Spanish newspaper El Mundo has an article about what happened in New York on October 13, 2010—their take on the story is that the reported UFOs were balloons from a Times Square event promoting Spanish tourism. And I must say, the yellow balloons depicted above do have a striking resemblance [...] 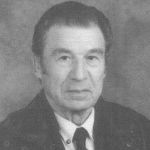 Stanley A. Fulham, a retired NORAD officer, predicts in his book Challenges of Change that the Earth will be contacted by aliens on October 13, 2010. In light of the recent sightings over Manhattan, Mr. Fulham says he will soon make a statement about his predictions. We will begin a thorough [...] 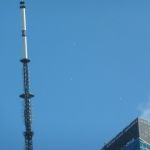 On October 13 there were many reports of UFO sightings in New York. Twitter was buzzing, conspiracy forums were full of activity and a few local news stations covered the story. One explanation that quickly gained momentum was that the objects were balloons that had been released earlier during the [...] 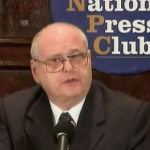 This is an extended version of the press conference about U.S. nuclear missiles being compromised by UFOs, that was held on September 27, 2010, in Washington, DC. This version has English subtitles and is well worth a watch. UFOEyes is a website focused on bringing you the latest UFO news from [...]